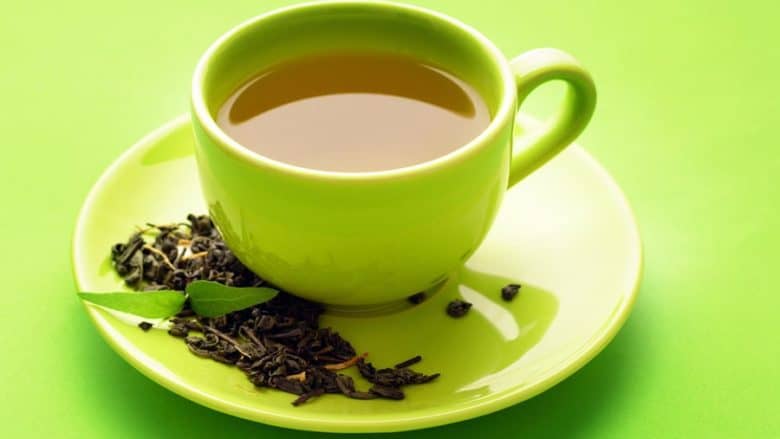 Green tea is an important beverage you can drink to improve your general health and wellness. Green tea is made from the leaves of Camellia Sinensis plant species. The interesting part is that it contains great biologically active compounds that are vital for your health. It is the most popular tea consumed by the Chinese and Japanese.

Multiple studies and experiments have confirmed the important roles green tea play in both prevention and healing of diseases. Research suggests that catechin in green tea is responsible for its health benefits. Other useful ingredients in green tea include caffeines, carotenoids, ascorbic acids, tocopherols and minerals. These ingredients can fortify your immune system in order to fight and prevent diseases.

If you’re a tea lover, then here are ten wonderful health benefits of green tea you should know.

The study was conducted on 43 adults with Down’s syndrome aged 16 to 34. They were randomly divided into two groups; one group was given green tea extract while the other group received a placebo treatment for a period of one year.

After which several tests were used to examine their general health including their visual memory and ability to perform a daily task. Consequently, there was drastic health improvement for those who had taken green tea extract. They were able to follow simple instructions and perform everyday living tasks.

One study confirmed that participants who were given beverages containing green tea extract recorded improved memory compared to participants that took non-green tea beverages. A 2010 study by the National Institute of Health has shown that caffeine, the most active ingredient in green tea can improve various brain cells. Green tea has many nutrients that can improve concentration including L-Theanine amino acid.

New studies have proven that green tea can protect the body against various types of cancer. A 2012 study by the University of Maryland Medical Center, suggests that predominant polyphenols in green tea may be responsible for the prevention of cancer.

Another study has shown that polyphenols in green tea can destroy cancerous cells and prevent them from growing. This shows that people who drank tea were less likely to develop cancer of the bladder, breast, ovary, lung, prostate, skin, stomach and much more.

Research has shown that polyphenols in green tea have strong antioxidant activities that inhibit the growth of cancer cells. New studies have even revealed that catechins in green tea can prevent tumor development. Tumor angiogenesis is the formation of new blood vessels that can result in tumor growth.

According to ancient Chinese specialists, consumption of green tea over a period of time promotes weight loss. Multiple studies recorded that green tea has the power to trigger fat burning processes which encourage weight loss. Even series of research have shown that the caffeine and epigallocatechin gallate ingredients in green tea can cause weight loss.

Catechins are loaded with a massive range of antioxidants that help in weight loss. Green tea can help you lose weight by inhibiting the conversion of energy into fat, increasing your metabolism and promoting the secretion of fat burning hormones.

When you engage in physical exercise, you will burn calories and increase your muscle mass. Studies have shown that green tea can increase your endurance level, so you can exercise for a long time and burn more calories. A 2005 study by the National Center for Biotechnology has shown that participants who exercised and drank green tea lost more weight compared to those that exercised regularly without drinking green tea.

Consumption of green tea can boost your metabolism and keep your energy level high for a long period of time after exercise. Since exercise increases muscle mass, then doing it for a long period of time will definitely build your muscle mass. If getting into physical exercise makes you tired, then start drinking green tea to enhance your performance.

A recent report by the Centers for Disease Control and Prevention (CDC), has confirmed that about 75 million American adults have high blood pressure. High blood pressure increases the risk of various chronic health conditions such as heart disease, kidney disease, diabetes, stroke and much more.

A 2003 study by the National Center for Biotechnology Information (NCBI) has shown that antioxidants in green tea may deter the aging process by protecting against oxidative damage in the cells. A recent study indicates that people who drink green tea have biologically younger cells than those that don’t drink green tea. The anti-oxidative properties of green tea can protect telomeres from oxidative damage in the normal aging process.

Green tea is naturally loaded with important biological substances that can improve your health. Some of the useful substances in green tea include enzymes, vitamins and nutrients. It has been reported that people who regularly drink green tea don’t usually come down with illness.

The polyphenol in green tea is powerful antioxidants that counteract the destructive effect of free radicals in the body. Free radicals are reactive elements that are generated by body and it can cause a number of human diseases

Consumption of green tea will definitely reduce the accumulation of free radicals which can alter your cells, exposing you to all kinds of health conditions. Epigallocatechin gallate is an ingredient in green tea that can fortify your system against various diseases.

A new study by the Medical College of Georgia has shown that regular consumption of green tea can prevent the development of type 2 diabetes. Even a 2013 study by the Pennsylvania State University indicates that adults who consumed six or more cups of green tea daily have normal blood sugar levels compared to those who consumed only one cup per week.

Green tea has been proven to prevent tooth decay and destroy bacteria that cause gum diseases. A recent study indicates that adults that regularly consume green tea had strong dental health compared to those who don’t drink green tea. Researchers have also discovered that green tea decreases the risk of gum diseases.

An article published by the National Institute of Health has shown that catechin in green tea can hinder the growth of periodontal bacteria. The green tea polyphenols can also inhibit release of poisonous end metabolites of periodontal gingivalis that causes tooth decay.

Multiple studies have shown that daily consumption of green tea can protect the body from cold and flu infections. The catechin compound in green tea is a powerful antioxidant that destroys bacteria and viruses.

Green tea has other medicinal properties that can reduce the risk of several diseases and keep you healthy.