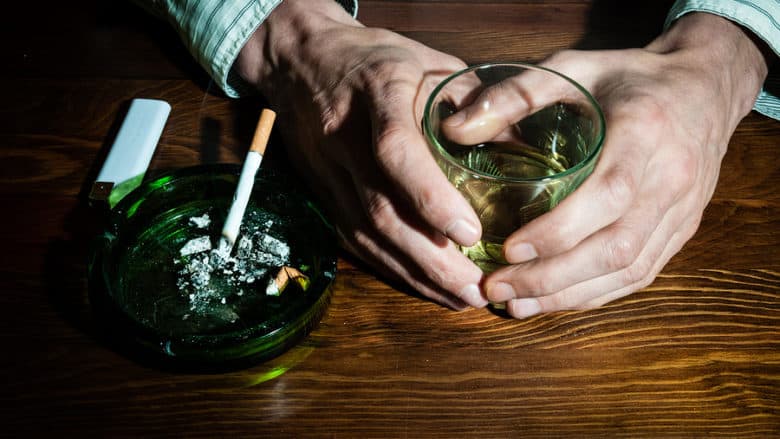 Ever try to change an unwanted behavior and fail?

For John, it was smoking. He had tried to stop, but felt stressed and started right up again. John told his wife, Mary, who kept after him to quit, “Don’t be such a nag. I’ll quit someday. I need to smoke right now; I’m under a lot of pressure, it helps me relax.”

Like John, once you have a problem behavior for a while it seems like part of you. It may be how you cope with stress or a part of your social life making it hard to get rid of… even though it harms your natural healing process.Yet, many people do rid themselves of unwanted behaviors and they do it without professional help.

How do they do it?

Successful self-changers follow a predictable process consisting of six stages when ridding themselves of bad habits, reports James O. Prochaska, PhD in Changing for Good. He uncovered this process from his study of over 30,000 people.

This change process is so successful that it is now used by the national Institutes for Alcoholism and Alcohol Abuse, the National Cancer Institute, and the Centers for Disease Control to name a few.

Prochaska also found that the key to success is knowing what stage of change you’re in and then using the right tools for that stage.

What are the six stages?

In this stage, those around you know you need to change more than you do.

Precontemplators use defenses like denial, making excuses, or minimizing the consequences of their problem behavior to protect themselves from the pain and hard work of change. They don’t even realize they’re using these defenses.

Mary used Prochaska’s book Changing for Good as a guide to help John.

She learned that in the precontemplation stage the aim is to increase John’s awareness so that he can see his problem and its effects clearly.

Rather than constantly nagging, she calmly and clearly addressed specific behaviors. She insisted that he take responsibility for his behavior and she acted consistently with consequences when the behavior occurred.

She let John know that his smoking not only put him at risk for serious health problems, but it harmed her and their son, Tom, too. She gave him information on the effects of smoking on health and she told him she expected him to stop.

She asked him to read Changing for Good and to take the self-assessments so that he would know where he was in the stages of change.

A few weeks later, John admitted that he had a problem but he felt stuck. You can get stuck in this stage for a long time. “Self-changing smokers whom we studied typically spent two years in contemplation before taking action,” reports Prochaska.

When John tried to quit before, he didn’t let anyone know. He just stopped “cold turkey.” Jumping to the action stage before completing the work of the previous stages is a common reason for failure.

The goals for this stage are to better understand your self and the problem as well as build a commitment to change. This is done with accurate information and tapping into powerful emotions to fuel the change.

John read the materials Mary gave him and started looking for information himself. He kept a journal of his smoking, and used his imagination to create different future scenarios, one as a smoker and one being free of smoking.

He and Mary watched Yul Brynner’s final interview where he talks about lung cancer and cigarette smoking — his riveting message left them in tears.

It helps to use a variety of ways to show the effects of the problem. Prochaska has smokers blow smoke through a clean white handkerchief. The tar and smoke ends up on the handkerchief providing visual evidence of what is going in their lungs 20 to 60 times a day.

When ready for the preparation stage contemplators have made their decision to change and want to work on the solution to their problem.

John’s goals at this stage were to solidify his belief in his ability to change and to develop his own action plan.

He drew on all the information he gathered earlier. For example, he knew that stress was a trigger so he added using relaxation techniques to his plan.

He knew he needed a healthy behavior to replace smoking on breaks at work, so he added going for walks during these times.

Mary and John made an agreement to continue having respectful, honest, and clear communication to help him stay with his plan.

He was ready for action and set a date to begin his plan!

Now John’s work is to stay focused on following his plan.

He took action on each step in his plan. He removed all cigarettes from his home, he placed signs around the house that reminded him to breathe and relax.

He rewarded himself by saving the money he would have spent on cigarettes for a trip to the coast. His son, Tom, gave him the best reward when he said, “Dad, I was scared you would end up with cancer. I’m so glad you quit, I’m proud of you.”

This phase takes the most time and energy and may last for months.

It’s been 6-months since Tom has had a cigarette. He’s staying with his plan.

He knows, from his previous attempts to quit, that lapses and relapses of problem behaviors are common. It doesn’t need to mean failure though. You just have to recognize it early on and return to your plan. Only about 20 percent of those attempting change succeed with the first try.

Maintenance is an ongoing process that, depending on your problem, can last from 6-months to a lifetime.

Tom’s still in the maintenance stage, but hopes to soon reach the termination phase. He doesn’t want to rush it though.

In this phase, your problem behavior is no longer a problem. There is no concern for temptation, you feel confident that you can cope without fear of relapse and you have a new self-image that’s consistent with healthier behavior.

You don’t have to live with self-defeating habits or behaviors. You can succeed in getting rid of them, as have thousands of self-changers, with this 6-stage process.

By understanding each stage and completing its tasks, you can master change and you can move through it quicker, with less pain. Plus, you can use this same process for all your problems.