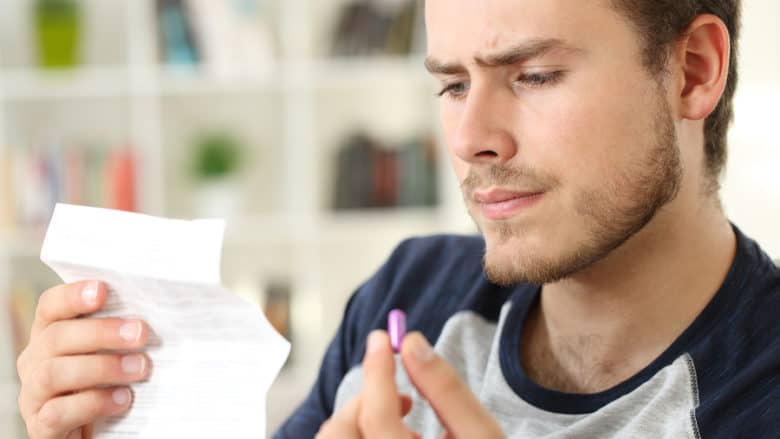 These reactions come from scientists dedicated to the study of this vitamin’s role in the prevention of disease as well as those who know personally the benefit of taking it—including me.

After suffering with unexplained dizziness, aches and pains, fatigue, then nearly collapsing—my husband discovered his vitamin D blood level was critically low at 11 ng/ml (normal = 30 to 150 ng/ml). About 4 weeks after taking D3 his troubling symptoms disappeared.

Further, my friend, a breast cancer survivor, was prescribed high dose D3 to help prevent the cancer’s return by her oncologist.

What Does the IOM Report Say?

The US and Canadian governments charged the IOM with reviewing the evidence on health outcomes associated with calcium and vitamin D as well as updating their Dietary Reference Intakes (DRIs).

Government agencies use DRIs to set standards for good nutrition for things like school meals and the labeling of foods and nutritional supplements.

The “% Daily Value” under “Supplement Facts” reflects the DRIs of nutrients on dietary supplement labels.

What do top research scientists say?

Garland and colleagues published their decisive study in the February 2006 American Journal of Public Health. They found, “Vitamin D status differs by latitude and race, with residents of the northeastern United States and individuals with more skin pigmentation [darker skin] being at increased risk of deficiency.”

Their review of studies found a protective relationship between sufficient levels of this vitamin and lower risk of cancer.

The evidence suggests that efforts to improve vitamin D status, for example by supplementation, could reduce cancer incidence and mortality at low cost, with few or no adverse effects.

The IOMs report was a modest step in the right direction that fell short of truly capturing the extensive and positive research that consistently supported the need for people to significantly raise their vitamin D levels.

He understands why the IOM would be cautious in their conclusions, agreeing that studies with “all the bells and whistles” to tell what dose of vitamin D or calcium is truly optimal for health are lacking.

Yet, he concludes that the IOM may have been “a bit too cautious” in their recommendations.

He notes that we know from the study of ancient humans and comparisons across cultures that those with more sun exposure nearer the equator live with higher levels of this vitamin than those at greater latitudes.

Katz reports that dietary sources are essential if you’re not getting at least 20 minutes of sun exposure a day.

He finds that most of his patients are deficient. He recommends that a supplement of 400 IUs daily ensures that you get at least the recommended dose—and even higher doses may be warranted for some.

The IOM increased the recommended daily intake. However, they may not have raised it enough to meet the needs that these doctors and researchers find in their patients and study results.

Their recommendations fall short of what is needed for natural health.

Consider the IOM report recommendations and gather evidence for what’s best for you with these 3 actions:

Make sure you have what you need for optimal cellular nutrition.

Do your own research to determine what level of supplementation is right for you!