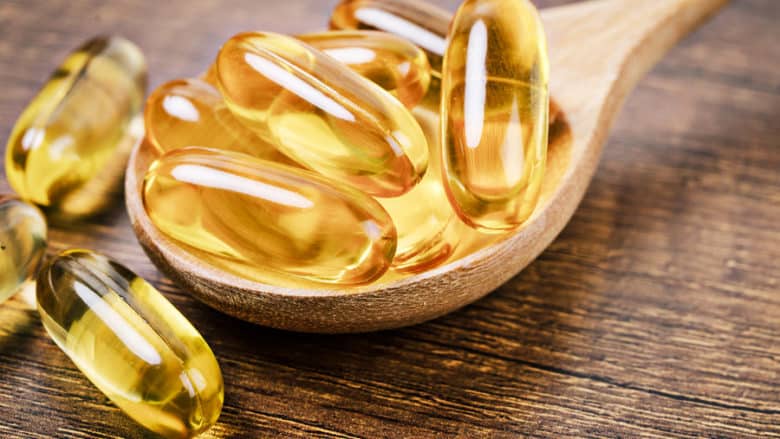 Fish oil side effects including those from toxic contaminates require a careful look at its risks.

Fish oil benefits make fish a Super Food and taking fish oil supplements a good idea for those who don’t eat the recommended 2 servings of fish a week.

Yet, rising levels of pollution in our oceans and water ways have far ranging effects, particularly on the world’s food supply.

Among these effects are the rising levels of mercury, dioxin, and PCB in fish.

PCB and Dioxin are linked to cancer. Even though PCB was prohibited in 1997 and regulatory efforts decreased dioxin emissions by more that 90 percent, they both persist in the environment for long periods and are still present in low levels.

These contaminates vary depending on location, so consult your regional advisories regarding locally caught fish.

Further, a 1998 study indicating that tests of 44 different fish oil supplement brands sold from multiple countries were found to have “appreciable quantities of organochlorines including PCBs and pesticide residues,” reports Andrew Weil, MD.

Mercury, a heavy metal that is poorly absorbed when ingested, is emitted from volcanoes and human sources such as coal-fired electricity, waste incinerators, mining, and others. Once in the atmosphere it cycles through rain into lakes and oceans where microbial activity converts it into organic methlymercury.

Methylmercury is easily absorbed into tissues of fish and other marine life where it is the source of most mercury poisoning.Methylmercury affects the immune system, alters genetic and enzyme systems, and damages the nervous system, including coordination and the senses of touch, taste, and sight.

Methylmercury is particularly damaging to developing embryos, which are five to ten times more sensitive than adults.The amount of methylmercury in fish depends on the level of contamination, the length of the fish’s life, and its predatory nature.

Potential risks of eating “Farmed Fish” were identified in an article in the Journal of Alzheimer’s Disease. The authors caution that farmed fish fed the byproducts of cows, could potentially transmit infectious prions from cows with the dreaded bovine spongiform encephalopathy (mad cow disease) to humans. However, no such cases have been reported.

Further, PCBs are particularly high in farmed fish due to PCBs in the food fed them. The Environmental Working Group (EWG) found farmed salmon had 16 times the amount of PCBs as wild salmon.

Fish Oil Side Effects Related to Contaminates versus Benefits

An analysis of fish oil side effects published in the Journal of the American Medical Associationby Dariush Mozaffarian and Eric B. Rimm concluded:

“For major health outcomes among adults, based on both the strength of the evidence and the potential magnitudes of effect, the benefits of fish intake exceed the potential risks. For women of childbearing age, benefits of modest fish intake, excepting a few selected species, also outweigh risks.”
You can minimize your risk by choosing fish higher in omega-3 fatty acids and low in mercury:

To protect against the potential harm of mercury avoid eating these fish (higher in mercury):

When buying fish oil supplements, look for evidence that they meet these standards:

Other Fish Oil Side Effects

Minor fish oil side effects may include belching, bad breath, heartburn, nausea, and loose stools. You can decrease these side effects by taking the supplements with meals or freezing them, report experts at MedlinePlus.

More serious fish oil side effects include increase chance of bleeding. This side effect is related to ingesting too much fish oil (eating 3 servings of fish or taking more than 3 grams of omega-3 fatty acids from capsules per day).

Only use these higher doses under a health practitioner’s care and check with your doctor if you are on medications, particularly anticoagulants (blood thinners). Don’t take fish oil supplements if you have had a hemorrhagic stroke or are scheduled for surgery.

Fish oil side effects including those from toxic contaminates require a careful look at its risks. You can minimize these risks by choosing fish and fish oil supplements wisely and not exceeding recommend doses.

Mozaffarianand, Dariush and Rimm, Eric, “Fish Intake, Contaminates, and Human Health: Evaluating the Risks and the Benefits,” Journal of the American Medical Association, 296, no. 13 (2006).