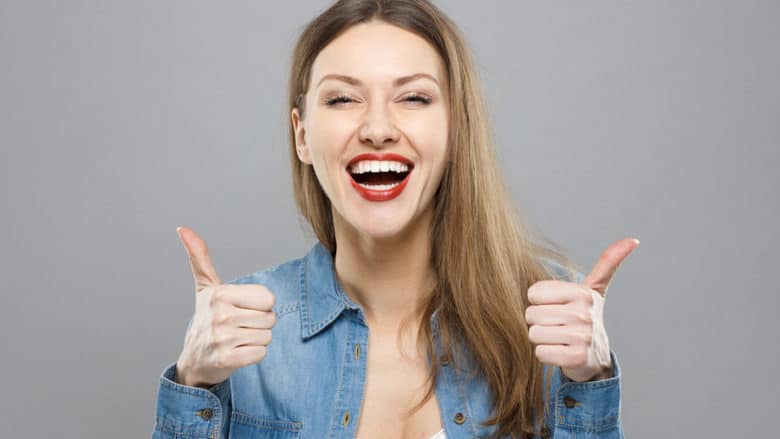 Multiple research studies link the psychological characteristics of optimism to health including:

Researcher, Christopher Peterson, PhD reports that optimism’s correlation to good health is about as much as can be expected given the numerous factors that affect health such as genetics, diet, exercise, income, social networks, and environmental hazards.

Researchers measure optimism versus pessimism through determining explanatory style—how people explain the adverse (bad) events they experience. This includes where they lay the blame for them; whether they perceive them as permanent or short-lived; and how pervasive they think they are.

Pessimists tend to see their misfortunes as pervasive (global) whereas optimists see it as specific and not likely to affect other areas of their life.

The great news is you are not born with one or the other attitude.

An attitude is a settled way of thinking formed from experiences in life. We can challenge these settled ways of thinking and replace them with healthier ways.

You can learn OPTIMISM.

We know how to dispute thoughts. We dispute (correct) others when they accuse us wrongly. Yet, when we say the same type of accusing things to ourselves, we just accept them without question even though they are often not true.

These thoughts become so habitual we don’t even recognize we’re thinking them. They’re automatic.

Seligman says, “The key to disputing your own pessimistic thoughts is to first recognize them and then to treat them as if they were uttered by an external person, a rival whose mission in life was to make you miserable.” The ABCDE model helps you do just that!

It’s learning to argue with your self effectively so your can rid your self of habitual and inaccurate ways of thinking that harm you. Here’s the step by step approach to learned optimism with examples (in italics).

Adversity is the difficulties that happen in life. It’s a part of being alive.

Your attitude colors how you interpret adversities. Self-deprecating thoughts have an immediate effect on mood. They cause feelings of depression or unworthiness skewing the interpretation of events.

Learned optimism lightens the effect of adversities. It can change your view of the adversity to being difficult but also an opportunity. Thus one person’s perception of the same event maybe quite different from another’s.

A supervisor informs Mary and Jane that she wants to talk with them in the morning. For Mary this is an adverse event, not so for Jane.

Adverse events trigger beliefs. Beliefs are just beliefs. They may or may not be facts. Too often, they are just bad habits of thought learned from unpleasant past-experiences, like overly critical parents or a teacher.

Because they are automatic and seem to come from ourselves, we accept them without criticism.

Jane thinks, “Great, an opportunity to get to know her better. I wonder what it’s about.”

Beliefs have consequences. If the beliefs are not accurate, you’re suffering for no good reason. If they are accurate, you may need to come up with a plan for how to resolve the concern.

Mary’s sure she’s going to get fired. She keeps thinking about all her past failures and gets very little rest. She calls in sick for work the next morning.

Jane hasn’t thought much about it and sees her supervisor the next morning.

The supervisor has a project she needs done. It’s a fun project and she wanted to meet with each of them to see who would be best fitted for it. She assigns it to Jane.

It’s essential to stand back and distance yourself from pessimistic thoughts and verify their accuracy. Here are four ways to dispute pessimistic reactions: evidence, alternatives, implications, and usefulness.

Letting go of pessimistic thoughts frees up energy tied up in worrying and negative emotional states. As you use these techniques, you will notice that your mood improves and that you feel calmer.

Although it’s possible to use these techniques on your own, it’s usually easier and quicker if you work with a trusted friend. You can give them this article and or Dr. Seligman’s book, Learned Optimism: How to Change Your Mind and Your Life. Share your concerns with them; have them challenge you to look at the brighter side of things. Ask them to help you challenge pessimistic beliefs, unrealistic expectations, and interpret circumstances more realistically.

If you have difficulty, see a therapist to help you get started. You may want to choose one specializing in cognitive therapy. Most importantly, get into action. During the next week or two (longer is even better) note adverse events as they come along. Tune in to what you are saying to yourself. Actively dispute your negative beliefs. “Beat them into the ground.”

Keep a journal of your progress noting the ABCDE method to learned optimism:

You can increase you chances of success by making positive changes in your life style: seek out the company of more optimistic people, start a simple exercise program like walking, and be flexible. Adjust these suggestions to fit you.

Expect setbacks. Be patient, you’ve spent a life time developing your present attitude. Give your self some time to develop learned optimism. It’s a great investment— attitude matters!