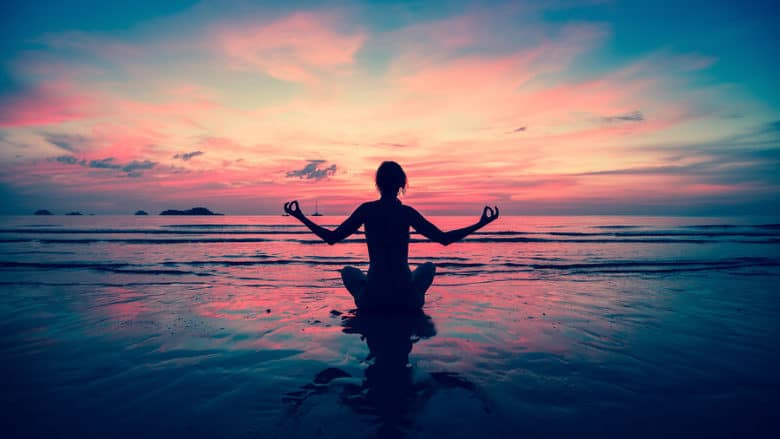 Acupressure: An ancient healing art that uses finger pressure or other methods of pressure on acupuncture points and meridians to release muscle pain and tension, increase circulation, and well being.

Acupressure Meridians: Invisible life energy streams that flow throughout the body. Much like the vast flow of waterways that nourish the earth or the blood that flows through vessels, these energy streams empty into one another, connecting and nourishing organ systems and the interior and exterior body.

Acupressure Points: Places on the body that are especially sensitive to bioelectrical impulses. They are also called “gates” and act as subtle portals that open or close to adjust the flow of life energy (called “chi” or “qi”in China and “ki” in Japan).

Acupuncture: Works in the same way as acupressure except that fine needles are inserted into the points instead of using pressure.

Adaptogen: A health term that designates ability to confer resistance to stress of all sorts including trauma, and fatigue.

Alpha-Linolenic Acid: A type of omega-3 fatty acid found in plants. It is similar to the omega-3 fatty acids that are in fish oil [eicosapentaenoic acid (EPA) and docosahexaenoic acid (DHA)]. Alpha-linolenic acid can be converted into EPA and DHA in the body. Alpha-linolenic acid is highly concentrated in flaxseed oil and, to a lesser extent, in canola, soy, perilla, and walnut oils.

Antioxidants: A substance such as vitamin C or E that removes potentially damaging oxidizing agents in a living organism.

Biofield Therapies: A term used by the National Center for Complementary and Alternative Medicine to collectively describe energy healing or energy medicine therapies.

Caffeine: A bitter substance found in coffee, tea, soft drinks, chocolate, kola nuts, and certain drugs and herbs. It has many effects on the body’s metabolism, including stimulating the central nervous system.

Catechins: A group of compounds found in plant foods that have antioxidant and anti-inflammatory properties. Catechins are flavonoids.

Circadian Rhythms: Daily rhythms responding to the light and darkness in our environment. The term circadian comes from Latin words that literally mean around the day.

Cognitive Therapy: Cognitive refers to perceiving and knowing. Cognitive therapy developed from the recognition that often stress and emotional suffering result from the way you think about or perceive things that may or may not be accurate. Cognitive therapists use a variety of techniques to treat stress, depression, anxiety, and pain, as well as to help people quit destructive habits and cope with chronic illness.

EGCG (epigallocatechin-3-gallate): Most often used in green tea extracts, EGCG is the most abundant catechin and the most active and studied of all green tea ingredients.

Emotional Freedom Technique: This unique bend of mind body healing and energy healing entails tapping on meridian points located at specific areas on the body while reciting specific phrases. One can think of it as resetting their emotional state, effectively clearing out stuck paths within their body.

Flavonoids: (Bioflavonoids): From the Latin word flavus meaning yellow. Any of over 4,000 bioactive compounds having antioxidant and anti-inflammatory properties. Flavonoids, a subclass of polyphenols are part of a large class of plant pigments that have a structure based on or similar to that of flavone.

Free Radicals: A chemical term for an uncharged molecule (typically highly reactive and short-lived) that has an unpaired valence electron. As a health term, free radicals, produced naturally in your body during metabolism, become harmful when stress and environmental pollutants including unhealthy foods increase their numbers.

Mind Body Healing (Medicine): Healing that uses a variety of methods such as meditation techniques, relaxation techniques, cognitive therapy and guided imagery (visualization) to make the most of your mind’s powerful influence on your health and healing.

Omega-3 Fatty Acids: Considered essential fatty acids, they are necessary for human health but the body can’ t make them — you have to get them through food. Omega-3 fatty acids can be found in fish, such as salmon, tuna, and halibut, other seafood including algae and krill, some plants, and nut oils. Also known as polyunsaturated fatty acids (PUFAs), omega-3 fatty acids play a crucial role in brain function as well as normal growth and development. They also promote joint health and reduce the risk of heart disease.

Polyphenols: Occur in all plant foods and contribute to the beneficial health effects of vegetables and fruits. Their contribution to the antioxidant capacity of the human diet is much larger than that of vitamins.

The Healing Radiant: An expression of natural healing where prevention is always better than treatment, and natural methods, when effective, are better than more invasive methods.

Therapeutic touch (TT): Provides natural healing through the use of universal healing energy. Nursing educator Delores Krieger, PhD, RN, and healer, Dora Kunz developed therapeutic touch from their study of healers throughout the world. Their study found that most people could learn how to help another heal given a sincere willingness to adopt certain assumptions and learn a disciplined process

Tonic: The health term tonic means to “tone.” Much like a muscle that functions better when toned through exercise, an herbal tonic tones internal organs, and body functions. Tonics are not quick fixes though; they provide their toning effects when taken regularly over time.

Trans Fats (Partially Hydrogenated Fats): Man made foods like margarine, often marketed as “fat free foods.” They are high in sugar, dyes, not digestible, and contribute to inflammation in the body.

Veritable Energy Fields: Energy fields that are verifiable or measurable including vibrations (such as sound) and electromagnetic forces such as light, magnetism, monochromatic radiation (such as laser beams), and rays from other parts of the electromagnetic spectrum.