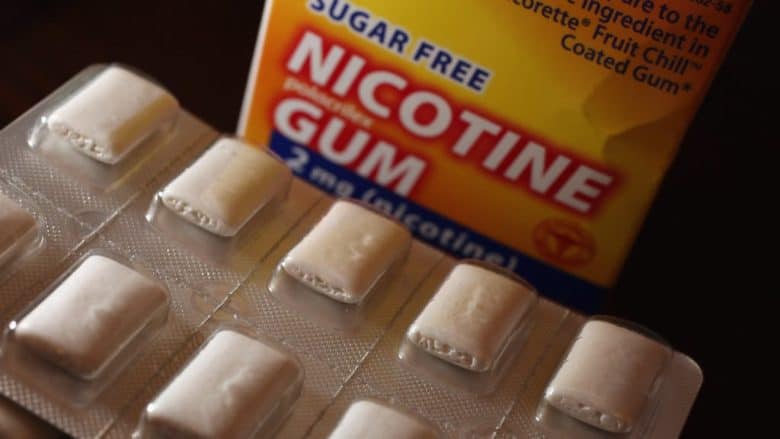 Quitting smoking can be one of the toughest things you will ever have to do. It is all about resolve, determination, will power and a healthier future. Having said that, you might have been flooded with information on the ‘variety’ of techniques and methodologies people use to quit smoking. Long live the internet.

And you might have come across a particular popular treatment, which is generally known as NRT, which stands for Nicotine Replacement Therapy. Now sure, it does sound like it is going to something great for the person that want to kick this nasty habit, however, the fact of the matter is, NRT is nothing but a hoax. A hoax that helps big pharmaceuticals make billions of dollars in revenue, trapping you into a fabricated story of how it helps and how it has helped ‘millions’ of people to quit smoking.

Well, this post is all about how inefficient, ridiculous and irrelevant Nicotine Replacement Therapy is, and how it doesn’t help people to stop smoking.

As mentioned, nicotine replacement therapy is falsely said to be one of the best techniques to stop smoking. And perhaps of one the funniest things about NRT is the fact that it incorporate the use of N in the RT. That’s right, nicotine. And while NRT is self explanatory, it is important to highlight the fact that once you get hooked on different forms of NRT, which primarily include nicotine gum, nicotine patches, nicotine inhalers/sprays, you will never be able to quit your nicotine cravings.

Did you know that there are more than 50 million people that smoke in the US? And did you also know that about 15 million of them attempt to kick this habit? Now imagine how much money they spend on NRTs to quit this habit, only to relapse and start smoking again. Who benefits? The pharmaceuticals of course. Their agenda is and will always be to make revenue without having any consideration whatsoever for the person trying hard to quit smoking.

In the US alone, mega pharmaceutical organizations and businesses are hell bent on marketing NRT products to smokers in order to compel them to believe in how helpful it can be to quit smoking. The very same pharmaceutical companies, in order to further brand NRT efficiency, invest millions in clinical tries to justify how proficiently the treatment works.

However, the rouse has been going for far too long now. If you are a smoker and want to desperately quit smoking, DO NOT use NRTs.

Why it does NOT work

So, how exactly do big pharmas market nicotine replacement products? What exactly do you see and understand about all those NRT commercials? What leads you to believe that NRTs can actually help you to quit smoking?

And while all those TV advertisements sure are attractive and compelling – all that facts and information and don’t forget about the clinical trials, how can you not benefits from NRTs. However, the next time you watch an advertisement, concentrate two very repeated words, which are  it is ‘effective’ and that it will ‘double’ the chances of you quitting. Remember, TV commercials can have a powerful influence.

The commercials you see on TV usually prompt you to read all the fine print in order to understand why exactly it is that NRTs can help you to quit smoking. However, a smoker trying to kill this treacherous habit should have all the right to know that 9 out of 10 people fail to quit smoking using NRTs.

It is all about logic here. Think for a moment, how do you think that selling nicotine to people who are already struggling to quit smoking nicotine benefit from NRTs. Even if you use NRTs with group therapy or clinical consultation, there is no chance that you will kick this habit for good. And why is that? Well, that is because you will still be hooked on nicotine. The psychological implications of using NRTs are great, you will be like, ‘oh well, the amount of nicotine in my treatment is negligible, it isn’t like I am smoking, is it.’

The fact of the matter is sure you aren’t smoking but psychologically you will never ever be able to resist the cravings you the real thing. That the whole point of quitting isn’t it, to mentally and physically abstain from the product. You need to fight and struggle to quit the habit. And NRTs keep you hooked on nicotine forever.

Even if you go to the websites of all the ‘big’ brands in NRTs, you will never find an explanation that can justify the claim that those products can work to help you quit smoking. According to a research undertaken by the Gallup Poll back in 2013, it was identified that quitting cold turkey style was deemed as the foremost method of eliminating the habit. Have you ever seen a commercial portraying the benefit of quitting smoking cold turkey? You never will. How will the big pharmaceutical companies make billions of dollars in revenue if they leave their prey (smokers) to quit abruptly, without using any product? Think about it.

Kicking the nasty habit of smoking in the real world can be a significantly different ordeal compared to fancy clinical trials that try to justify the use of nicotine replacement therapy products – proclaiming that smokers can quit using NRT is six months. Success rates don’t count for anything in a clinical setting. The tenacity and determination to quit considerably differs from one individual to another.

Individual trying to quit in a clinical research environment sponsored by universities are provided all the right equipment for quitting smoking. They undergo behavioral counseling and are provided with free NRT products such as patches and gum. After a thorough group therapy session, the selected individuals are screened individually, are thoroughly tested, are provided with comprehensives histories and are required to make scheduled university visits for consistent evaluations and are provided with hands-on instruction on what to do to prevent a relapse.

Furthermore, the individuals participating for the trials are paid for their cooperation or receive a form of reimbursement. The participants are also called-in for future tests for a thorough evaluate so that the scientists can determine whether or not they have cheated.

The crux of the matter is, in the real world, the average individual who is not well-counseled, who has no knowledge about the facets of quitting smoking is simply given a date where he can come-in, participate in the study and a get an 11% chance of eliminating the habit for the coming 6 months. However, if you dive deeper into this perspective, you will understand that after the 6 month trial period is over, even if he is ‘clinically’ deemed nicotine free (under perfect conditions), he will resort to using NRT products anyways. As soon as the withdrawal symptoms start to kick in, which they will, he will have no choice but to get a prescription from his doctor and buy heavy duty NRT products or he would just by over the counter patches and gum.

The point is, he will never be able to psychologically combat the symptoms of quitting smoking, which is the very first thing you should if you want to quit.

The most recent and groundbreaking study into the thorough evaluation of the effectiveness of nicotine patches and gum was the Shiffman ‘Real-World’ study of the viability of nicotine patch and gum and whether or not it truly helps smoking cessation quitters to permanently wrap-up their habit.

Having been published back in 2002, Shiffman tried to emphasize his study on real-world environments and quitting condition, and throughout out pages 505 to 512, he attempted to eliminate as many influencing factors as he possible could. The study consisted of a total of 2,367 over the counter nicotine patch and gum users.

Individuals taking part in the ‘Over the Counter’ segments of the study purchased their own nicotine treatment devices, paying the money out of their own pockets (14 nicotine patches cost $42 and 96 nicotine gum pieces cost $35).

People that participated in the six month long study did not even have a clue as to being a part of the experiment. They got to know that when they were called-in for the results 6 months after. Each were offered $50 to provide the scientists with a breath sample to check whether or not they have quit.

Individuals who purchases over the counter nicotine gum and patches were given a guide along with an audio recording that contained multiple tips and methods they can use to quit smoking. Other than that, they were not given any type of counseling or educational material. As you sift through the research mentioned, it is important to understand that historical data identifies people who quit cold turkey style have an 11% chance of kicking the habit for a total of 6 months.

Prior to big pharmas emphasizing the use of nicotine to quit smoking, labeling NRTs as a magic cure, top quality nicotine cessation campaigns throughout the world were achieving 30% to 40% six month cessation averages, in most parts of the world, the cessation rate calculated was 50%.

The cessation programs provided high quality educational materials, promoted the development of skills and offered top quality counseling. Sadly, because of this, programs that were superior to NRTs were under shadowed in some cases while in others their credibility was completely damaged. This was all the doing of multibillion dollar pharmaceuticals that ran expensive NRT campaigns, labeling it as the number one cure for smoking, brainwashing a majority of quitters – leading them to believe that only nicotine products can help them permanently quit.

Pharmaceuticals achieved this by sensationalizing NRT products. For example, they gave full credits to a quitter who uses a nicotine patch or gum for one day and fight the urge not smoke for as long as he could. This led people to believe that NRT products really do work.

Quitting a habit that has lasted your lifetime is a daunting challenge. And each and every single smoker deserves to hear the truth. NRTs are never going to be a solution to the problem; rather, they will exasperate your problem. And that is the goal of nicotine products, to keep you psychologically hooked. You need to have the will power and the determination to kill your habit, and a nicotine patch or gum or spray will never be able to spark that determination in you.

The best way to quit smoking requires motivation and clean, nicotine free products as well as the right type of guidance and consultation. You have to have the right consultation in an event of a relapse. And today, with the digital platform ever so expansive, there is no shortage of information. And if you’re trying to quit, don’t give into TV commercials, do some research. Don’t waste your hard earned money every week on products that falsely promise to extinguish your desire to smoke.

You have an opportunity to smartly approach the subject and make a decision. The only way to quit smoking is total abstinence from nicotine through natural, therapeutic and systematic solutions.