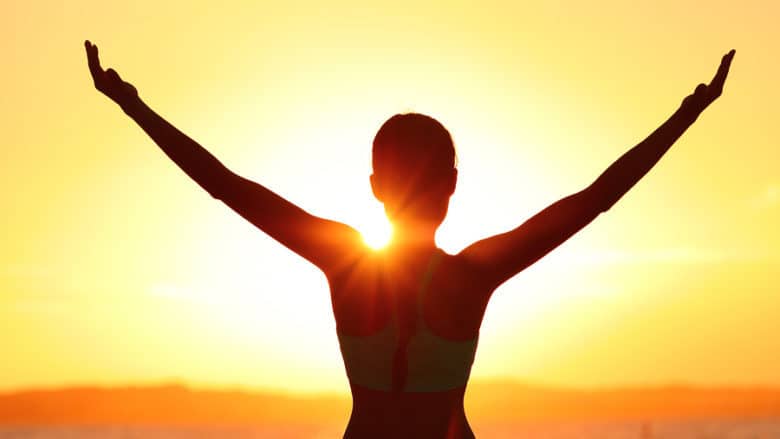 Self actualization became a priority for Sue when she realized she was nearly 40 years old and still struggling with crippling shyness.

“My shyness kept me stuck at work and prevented me from getting to know people I really wanted to know. I can’t count the times that I had a great idea that no one ever heard because I was too darned shy to express it.

Then there was Bill, I felt attracted to him, but when we were introduced, I hardly said a word. I sometimes wonder what would have become of it if I had just been my self and shared who I am,” says Sue.

Sue took action. She used her friends and a counselor to help her uncover the roots of her shyness. She learned some simple skills to help her challenge her limiting beliefs about herself and joined a meditation group too.

All contributed to her natural healing.
She now speaks up freely with her ideas and is more comfortable in meeting new people. She realized how much she loves to help people and now serves as an official mentor for new employees.

Sue says, “I’m probably never going to be a social butterfly but I’m happier now then I’ve ever been.”

To self actualize is to express your full potential, capacity, talent, and power. Abraham Maslow, a world-renowned psychologist who coined the term, said:

I think of the self-actualizing man not as an ordinary man with something added, but rather as the ordinary man with nothing taken away. The average man is a full human being with dampened and inhibited powers and capacities.

Self actualization is not something you do then you’re done. It is a life long process of discovering your true self.

You can think of it as having two aspects: letting go and getting clear.

Letting go involves identifying and shedding limiting or just plain false beliefs, assumptions and thoughts that you have about your self and others.

Getting clear helps you identify and live your life purpose….that inspires and feeds your soul.

Setting the intention to discover and express your true self, as Sue did, fuels self actualization. It moves it into action.

There are many tools that can help as well like how to make your self-talk (inner dialogue) work for you instead of against you.

The full expression of your potential, capacity, talent, and power, is an inner process that only you can do. Others can help but it is ultimately up to you.

Set your intention now to discover your true self and unique purpose in life. What could be more important than that?