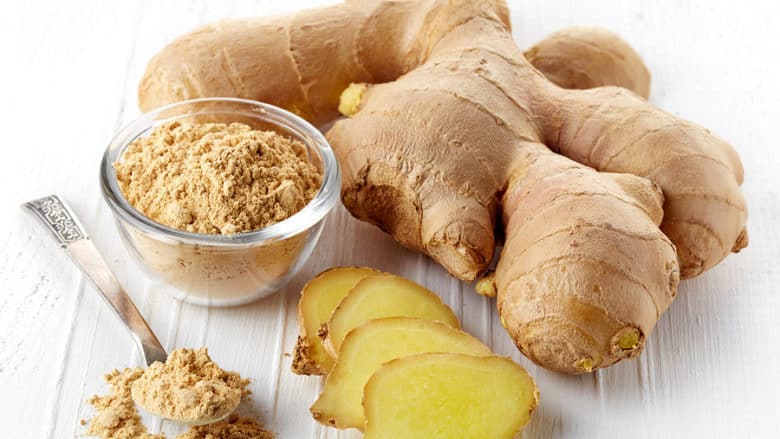 Ginger benefits go beyond that fresh zingy taste that brightens you up. Considered a superior medicine in China and India, it is receiving US medical attention too.

Ginger (in the same plant family as Turmeric) comes from the underground stem of the plant Zingiber officinale. The designation officinale indicates its official status from long time use in Eastern medicine.

It’s used as a tonic that when taken regularly over time, gradually tones and strengthens the body’s natural healing system.

How to Use Ginger

Unlike reishi mushroom, it’s easy to make ginger benefits a natural part of your diet. Here are four ways to get more of this natural healing herb:

Ginger benefits make it a superior medicine and it’s a tasty healthy food too. Like ginseng and milk thistle herb, it acts as a tonic when taken regularly over time.

Ginger gradually tones and strengthens your body’s natural healing system while it energizes and spiritually uplifts.

National Center for Complementary and Alternative Medicine, “Herbs at a Glance: Ginger,” at http://nccam.nih.gov/health/ginger.